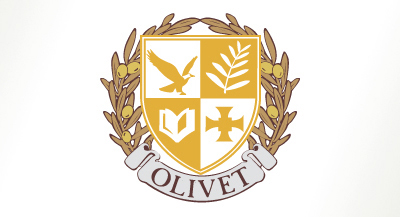 With the 2014-15 school year just around the corner, Olivet is welcoming new academic leadership to support the helm of Olivet's growing academic programs.

Dr. Emily Ko has been appointed associate dean of the Jubilee College of Music (JCM), supporting the leadership of Dean Dr. Merril Smoak.

Dr. Ko has been a faculty member since 2008, providing instruction in a variety of areas including Musicianship and Theory, Music History, Introduction to Music, and Applied Music.

Dr. Ko graduated from the Seoul National University in South Korea with a Bachelor of Music, and she received her Masters of Music in Violin Performance from the San Francisco Conservatory of Music, and her doctorate from Olivet University.

As a Christian musician, she served in the Jubilee Symphony Orchestra in New York as the Orchestra manager from 2009 to 2010, and she operated the Jubilee Chamber Ensemble in Nashville, Tennessee as a general manager in 2011. Recent performances include the Jubilee Worship Concert at the Apollo Theatre in New York.

"I am thankful and honored to continue service in the Jubilee College of Music in this new role," Dr. Ko shared.

Two additional Colleges have also been appointed new associate dean leadership for the 2014-15 academic year: the College of Journalism (Dr. Andrew Clark, Associate Dean) and the College of Art & Design (Dr. Hannah Lee, Associate Dean). Earlier this month, Dr. Ko, Dr. Clark, and Dr. Lee were invited to join the University's August Leadership Retreat, during which Olivet's administrative and academic leaders gathered in August 2014 to prayerfully reflect on the school's development and continued growth of the University's programs into next ten years and beyond.